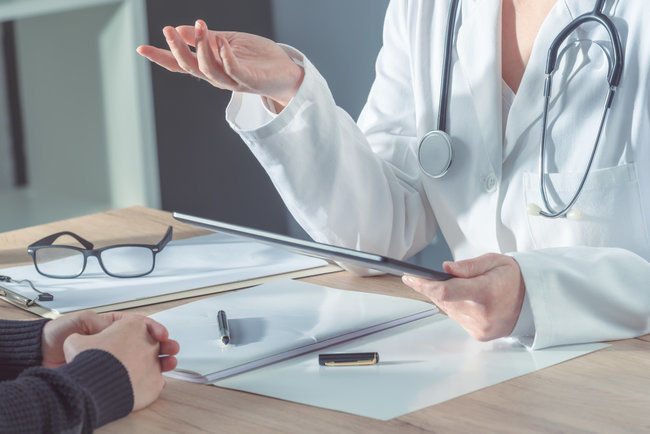 Light chain multiple myeloma symptoms are similar to symptoms of other types of myeloma.

Hypercalcemia can also cause changes in mental state such as confusion and drowsiness.

Myeloma’s effects on the bones can also cause anemia — a deficiency of red blood cells — and lowered immunity, as there are no longer enough normal white blood cells to fight infection. Anemia can cause fatigue and weakness.

One common effect of light chain multiple myeloma is kidney damage. The hypercalcemia associated with multiple myeloma can also damage the kidneys, but light chain variants of myeloma can be especially harmful. Because the light chains are so small, they easily circulate in the bloodstream. The kidneys contain tiny filters called glomeruli, which filter the blood and send waste materials into the urine. When excess light chains enter the glomeruli with the blood, they mix with other proteins and clog the filters. These clogs inflame and injure the kidney tissue. This damage is called light chain cast nephropathy. Over time, this buildup of light chains can cause permanent damage and kidney failure. Symptoms of kidney failure include urinary changes, fatigue, nausea, swollen feet and ankles, itching, shortness of breath, and high blood pressure.

Blood tests can detect M proteins and other proteins that can indicate the aggressiveness of a multiple myeloma. Blood tests can also reveal low blood counts, poor kidney function, and high calcium levels.

M proteins can be detected in the urine. Testing for M proteins usually involves collecting urine over a 24-hour period.

Bone marrow cells are extracted through a long needle and examined in a laboratory for malignant cells.

X-rays, magnetic resonance imaging (MRI), positron emission tomography (PET), and computed tomography (CT) scans can all show damage to the bones or to other organs caused by multiple myeloma.

The second criterion can be met in two ways. The first is the standard CRAB criteria. CRAB is an acronym for the types of damage that multiple myeloma can inflict on the body, including:

For people with renal impairment, a chemotherapy drug called Velcade (Bortezomib) is usually prescribed as the first line of treatment. Velcade is a proteasome inhibitor. It works by “shutting off” the cell function that lets cells dispose of excess proteins. Because malignant myeloma cells produce too many proteins, they eventually “fill up” with these excess proteins and die. Velcade is administered through injections or infusions. Velcade is often combined with Dexamethasone, a type of corticosteroid. Corticosteroids are believed to help kill cancerous cells and can help ease side effects of chemotherapy drugs such as nausea and vomiting. A 2018 literature review found that Velcade is more effective at treating light chain multiple myeloma than other regimens.

A type of kidney dialysis called high-cutoff hemodialysis (HCO-HD) is a newer treatment option for light chain multiple myeloma. HCO-HD is used alongside chemotherapy. Regular hemodialysis is used to help remove bodily waste that the injured kidneys can no longer remove. During HCO-HD, the blood is purified through a special membrane which is designed to trap excess light chain proteins.

Small studies have shown that high-cutoff hemodialysis may help improve kidney function in people with light chain multiple myeloma. HCO-HD is still new, and additional research is required to understand the full range of its benefits and risks.

Plasmapheresis, also known as blood exchange, can also be used to remove light chains and support chemotherapy treatment. During plasmapheresis, the liquid component of the blood is removed and replaced with plasma from a donor or with a plasma substitute. The process is usually done in a medical center or a hospital, and it takes about two to three hours.

On MyMyelomaTeam, the social network and online support group for those living with myeloma, members talk about a range of personal experiences, including light chain multiple myeloma.

Here are a few question-and-answer threads about light chain multiple myeloma and its treatments:

Here are some conversations about light chain multiple myeloma:

Do you have light chain multiple myeloma? Share your experience in the comments below or on MyMyelomaTeam. You'll be surprised how many others share similar stories.

Compared to light chain multiple myeloma, these types of multiple myelomas are easier to detect in the blood since the heavier proteins aren’t filtered out through the kidneys and into the urine.

I am still confused, but so far, Greg is in complete remission, and I am just thankful for that, and thankful for this site that keeps me updated with… read more

posted about 1 month ago

Article written by Kelly Crumrin If you or a loved one has been diagnosed with multiple myeloma,...

Article written by Kelly Crumrin If you or a loved one has been diagnosed with multiple myeloma,...
read article >

Article written by Kelly Crumrin Most people ask more questions when ordering a meal at a...

Article written by Kelly Crumrin Most people ask more questions when ordering a meal at a...
read article >

Article written by Kimberly Mugler, RDN, LDN Eating a nutritious diet is an important factor in... 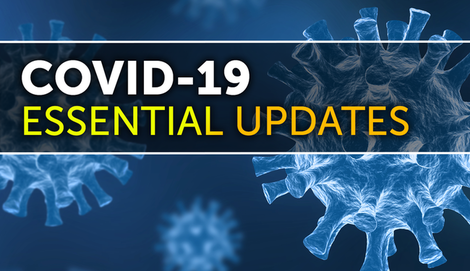 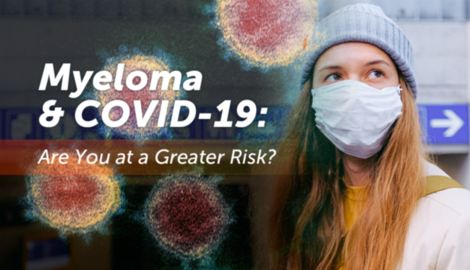 Article written by Kelly Crumrin According to Harvard Medical School, those of us living with...

Article written by Kelly Crumrin According to Harvard Medical School, those of us living with...
read article >

Article written by Kelly Crumrin Multiple myeloma is diagnosed based on the results of clinical...

Article written by Kelly Crumrin Multiple myeloma is diagnosed based on the results of clinical...
read article >

Article written by Kelly Crumrin Although multiple myeloma primarily attacks the bones, its...

close
ABOUT MYELOMA SYMPTOMS DIAGNOSIS TYPES AND RELATED CONDITIONS STAGES TREATMENTS CAUSES
New to MyMyelomaTeam? Learn More
Quick Links
Q+A Treatments A-Z Resources Are you a provider? Crisis
About Us
What is MyMyelomaTeam? Partner with us Terms of service Press/News Privacy policy Cookie policy
Help With This Site
Getting started FAQ Community guidelines Contact us
© 2020 MyHealthTeams. All rights reserved.
MyMyelomaTeam is not a medical referral site and does not recommend or endorse any particular Provider or medical treatment.
No information on MyMyelomaTeam should be construed as medical and/or health advice.